A wild place in the English style

Walking around you discover the fantasy of an unpredictable trail composed of small serpentine tracks, sprawling bushes, little ponds, streams, channels and waterfalls, all resulting from a completely new concept in the eighteenth century, which allows nature to express itself and where man’s work plays a more discreet part. This  mix of the ‘manicured’ and the ‘natural’ make Canon a perfect example of this landmark period in garden planning (1760 to 1820). 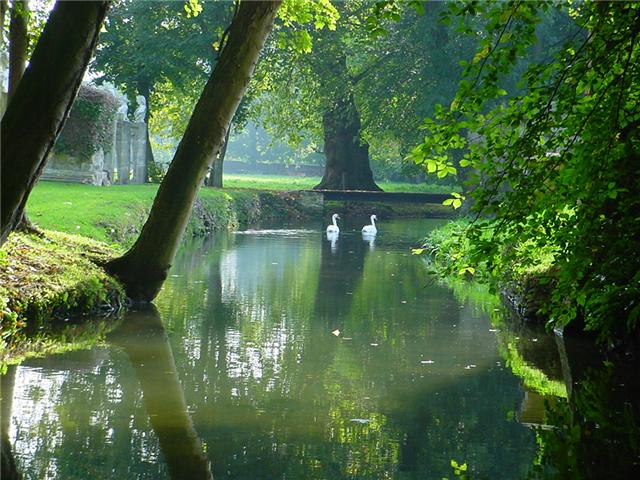 The delightful River Laizon, which crosses the park was divided into several channels to supply a series of waterfalls which add a particular charm to the walk.

The plan for such a romantic garden in the English style was influenced by the many journeys made to England by its creator, accompanied by his friend the garden designer Horace Walpole, famed for his work at Stowe, Windsor, Kew and other creations from landscape artists such as Chambers.